Have questions or comments about the Chattacon Art Show? We are ready to help – just pop over to our contact page, and drop us a line.

The Chattacon Art Show is well known throughout fandom as one of the best and we are not about to lessen our reputation this year. A varied and interesting assortment of flat and 3D artwork will be on display for your viewing enjoyment and acquisition. A print shop will be available again this year to allow you to purchase prints of some of your favorite works of art.

This year, Chattacon is proud to feature Amanda Makepeace as Artist Guest of Honor. 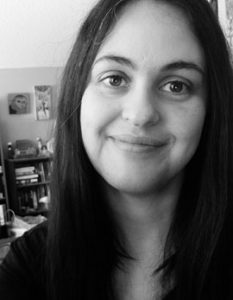 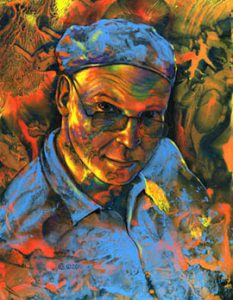 Alan M. Clark grew up in Tennessee in a house full of bones and old medical books. He has created illustrations for hundreds of books, including works of fiction of various genres, nonfiction, textbooks, young adult fiction, and children’s books. Awards for his illustration work include the World Fantasy Award and four Chesley Awards. As of the Winter of 2018, he is the author of 19 books, including twelve novels, a lavishly illustrated novella, four collections, and a nonfiction full-color book of his artwork. His latest book, Mudlarks and the Silent Highwayman, a lavishly illustrated novelette, was released in May, 2020. Mr. Clark’s company, IFD Publishing, has released 47 titles of various editions, including traditional books, both paperback and hardcover, audio books, and ebooks by such authors as F. Paul Wilson, Elizabeth Engstrom, John Linwood Grant, and Jeremy Robert Johnson. Alan M. Clark and his wife, Melody, live in Oregon. 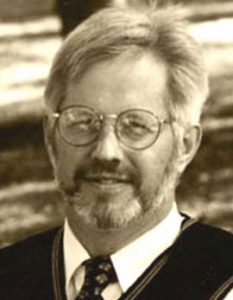 David R. Deitrick is an artist. He produced many pieces of work for Game Designers’ Workshop, including the covers for all of the Alien Modules and the Starter Traveller book.

In addition to his RPG work for Traveller, he has produced artwork for numerous other RPGs, Collectable Card Games, and board games. He continues to produce art works in a wide array of media and teaches art.

Many of his credits have his name misspelled as “Dietrick.”

Melissa Gay is an award-winning illustrator of books and tabletop roleplaying games. Her client list includes Baen Books, Llewellyn Worldwide, Hay House, Apex Press, and many, many tabletop game companies. Her Imaginative Realist work has been featured in ImagineFX Magazine, io9, tor.com, and several of the Infected By Art anthologies. She is co-founder of the Bird Whisperer Project and is a member of the Changeling Artist Collective. The Association of Science-Fiction and Fantasy Artists has twice honored her work with the Chesley Award. The Light Grey Art Lab awarded her one of its coveted artist residencies in Iceland during the summer of 2019, where she gave a presentation on art, awe, and the concept of sacred space. 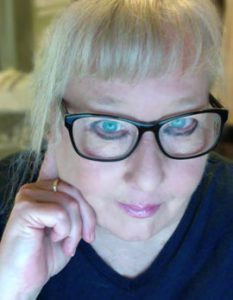 Debbie Hughes, a graduate of Furman University and the grand-daughter of the Impressionist Painter Hildegarde Hamilton, is a published illustrator in the SF and Fantasy field with over 200 published works.

Bryan Jones is a chainmail smith and digital artist who proudly hails from Huntsville, Alabama, the “Rocket City.” He grew up in a computer-literate home long before computers were cool and enjoys transferring his imagination into digital space vistas. On the other end of the space-time continuum, Bryan is a fan of Renaissance Faires and medieval combat, translating that interest into chainmail creations that will delight any fair lady and her knight in shining armor. Always ready to explore new artistic endeavors, Bryan combined a pre-cosplay family legacy of costuming and a love of Jim Henson’s stunning work into his latest endeavor, creating puppets and mastering puppetry, inviting fans to join him on this journey. 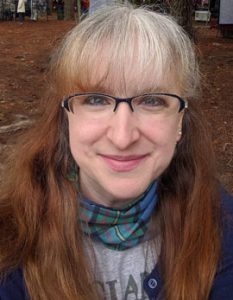 In this digital age, where we are bombarded with information at every turn, my work gives me the opportunity to convey the stories I want to tell in the space of one image. If I can capture the attention of my audience for even one moment, and make them think, I have succeeded.

My work focuses on capturing a fantasy, a dream, or even a fear. I work to create magic & mystery both in my own artwork & client commissions.

My work has been seen in galleries across the country, including Atlanta’s own Dragon*Con Art Show! 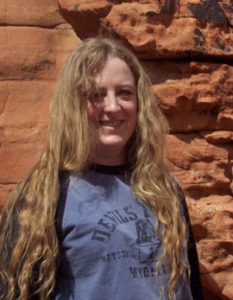 Theresa is an artist who chooses to work outside of gaming and publication, exhibiting and selling her work at science fiction convention art shows across the country. She enjoys the freedom this gives her to paint whatever she desires, allowing her paintings to be truly her creations. 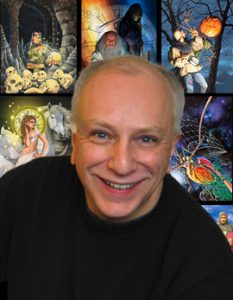 My name is Anita S. Moore. I enjoy painting science fiction, space escapes, a smattering of amusing fantasy, and the Cthulhu Mythos. I have been told boyfriend, and art director that my art falls into the Primitive category. One of my favorite artists, Ellen Clark, once told me that my Cthulhu Mythos work had a particular humor to it. And so it does I certainly have fun painting it. I work primarily and acrylics although I have been known to work in oil. Prints available here range from Works completed in the 90s to newer works in the mid to present 2000s.

Leia Powell has been producing stained glass masterpieces for over twenty years. Licensed by Edgar Rice Burroughs, Inc., she is first stained glass artist in history to be the sole licensee to create glass art of an author’s trademarked characters. She was given the great honor of both the Polly Freas Viewer’s Choice and Best 2D Art awards at LibertyCon28, Best In a Show at JordanCon 2019, and a second Polly Freas Viewer’s Choice Award at LibertyCon32. She is also an established author, (pen name L R Barrett-Durham) with over half a dozen novels varying in genres of epic fantasy, paranormal romance, sci-fi, horror, and children’s literature. 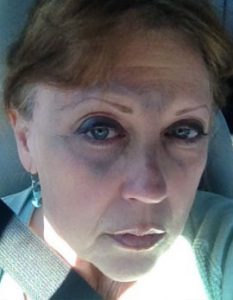 Her imagery reflects sources from mythological and religious iconography from Western, Asian and ancient sources. She draws my inspiration from many sources: the Renaissance; 19th Century French Salon painters and the English Pre­Raphaelites; 20th Century Surrealists and Symbolists; and the wonderful illustrators of fantasy and science fiction. Now, in the 21st Century, I’m newly inspired by the fresh energy of the Outsider and Kitsch movements.

I’m an artist, business owner, OffWorld Designs, a t-shirt company doing geek humor designs to sell at cons all over the country and on our website. 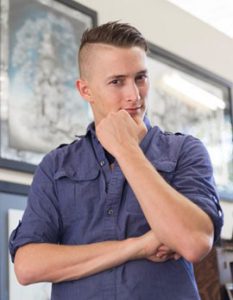 Chris is a native of Huntsville, AL, “The Rocket City,” and received his Bachelor of Arts in Graphic Design from Athens State University. His work primarily centers on abandoned rockets and space hardware in a surreal tone, usually as a commentary on the condition of the soul and the surrounding work while imagining what can be made from them. He works primarily in Watercolor, India ink, Pen and Graphite. After earning his degree he went on to exhibit his work in the Montgomery Museum of Fine Art, and has won several awards for his work, most notably a Chesley Award in July 2019. You can find him at Lowe Mill ARTS&Entertainment in studio #202.

Have questions or comments about the Chattacon Art Show? We are ready to help – just pop over to our contact page, and drop us a line.