In January 1976 Irvin Koch gave birth to his infant, Chattacon. (Tola Varnell began referring to Chattacon as Irvin’s baby.) In 1971 Irvin ran a convention in Knoxville called Gnomoclave while he was attending UTK. He hoped to create a rotating event similar to DeepSouthCon. The UpperSouthClave lasted three years, but the third con grew into Kubla Khan, an annual Nashville organized con.

Pleased with his success in running Gnomoclave and beginning Kubla Khan, Irvin decided to begin a con in Chattanooga, his hometown. Irvin ran the first Chattacon while living in Owensboro, KY. This commuting between his job and Chattanooga started a precedent. Chattacon is in its seventh consecutive year, and for the seventh consecutive year Irvin has lived in another city.

Irvin assured, “There are no problems running a con out of town. I made arrangements through the mail and on weekends.”

Chattacon I was what Irvin described as a relaxacon. With his black eyebrows Irvin underlined his words. “There was no programming. No nothing, just a bathtub, huckster room, art show, and films. The con suite was the ‘big thing.'” The only real programming was the banquet in a roped-off section of the East Ridge Sheraton dining room. The fan guest of honor was Cliff Amos, a southern SF pusher. Irvin said, “Cliff said a couple of mumbley words for the banquet speech and that was that.”

Chattacon I had humble beginnings, but Chattacon II was a little inauspicious, too. “We had a problem getting a hotel, we were either too big or too small. We finally got the Admiral Benbow Inn. It was perfect except we had to go outside to go from room to room. We had 113 guests, more than we had planned. Because of a developing blizzard, we had few out-of-town guests. There were Trekkies running all over.”

In 1978 Chattacon had grown from a relaxacon to a big convention with an embryo of the concom. He said, “We were big enough to use the Sheraton Downtown. Our guest-of-honor was A.E. van Vogt, author of Slan. We thought II would double in size but it tripled in size.” Irvin smiled so broadly that his black eyes narrowed to slits. “I made my original $365.00 back. With the rest I printed a fanzine, threw a con party, and turned back in $119.00 to the future Chattacon IV.”

Before Chattacon III, Irvin’s job had taken him to Atlanta. The time for single-handedly running a three-day con through the mail and commuting on weekends came to an end. Irvin shrugged. “It used to be fun. Still is, but I get hassled, too.” On the last day of Chattacon III, Irvin called a meeting for anyone already working on the con and all those interested in continuing the work. From the nucleus of workers on Chattacon III, Irvin created The Chattacon Convention Committee for posterity. The 16 board members form the Chattanooga Science Fiction Convention Trust, Ltd. 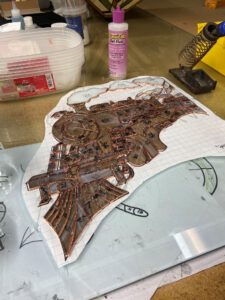 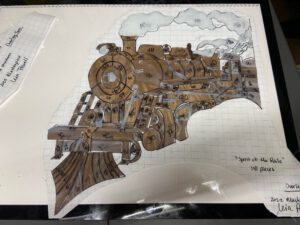 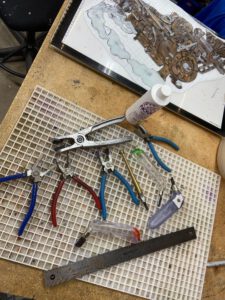 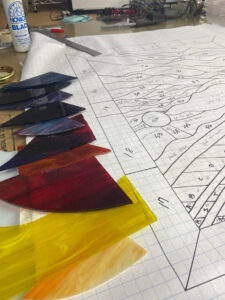 PrevPreviousvan Vogh is GoH at Chattacon
NextThe Night Before ChattaconNext