The Chattacon Dealers’ Room features vendors from near and far with a myriad of unique wares!

Get Your Wares In Our Dealers' Room

The Chattacon Dealers’ Room features vendors from near and far with a myriad of unique wares!

Your Chattacon weekend is not complete without a visit to the Dealers Room! 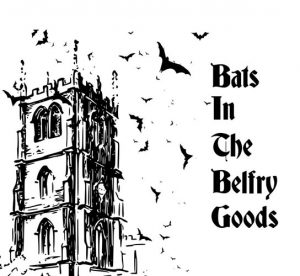 Bats in the Belfry Goods

Bats in the Belfry Goods creates laser engraved wares with a spooky and nerdy flair. From etched aluminum signs to carved wood plaques and cutting boards to laser cut decor, Bats in the Belfry Goods can transfer any image or artwork onto many mediums for a unique gift. Check out our website to see only a small sampling of our offerings. Custom goods can be created with a simple .jpg!
If you don’t see something you are wanting email us and let’s discuss creating a one of a kind gift just for you.
If you have ideas or questions about something you would like to create chat with us this weekend in our discord channel.
Larry Smith, Bookseller

Bookseller, filker, and fan. Sally Kobee has served on the committees for numerous conventions, and chaired Ohio Valley Filk Fest 4 and OVFF 10, and World Fantasy Convention 2010 and WFC 2016. She was honored as a Fellow of NESFA and as a GoH at WindyCon XXVII.

In the early 1990s, she and her husband Larry Smith purchased Dick Spelman’s book business and for 25 years provided an extensive bookstore at Worldcons and other conventions in the Midwest and East Coast, which always contained books written and illustrated by convention guests, so that fans could obtain works for autographing sessions. She has continued providing convention bookstores since his passing in 2017.

Pegasus Publishing started as a small music retailer/publisher in Arlington, TX in 1979. Over the last 40+ years the product mix has drifted to t-shirts, embroidered bags and apparel, metal gaming dice and gaming accessories, plush toys, and wooden model kits. We have attended thousands of conventions and met hundreds of thousands of interesting people. We look forward to serving many more in the future.

Kelle Z. Riley, writer, speaker, Ph.D. chemist, safety/martial arts expert, and world traveler has been featured in public forums that range from local Newspapers to National television. Her work was featured in the April 2014 “Chicken Soup for the Soul: Living with Alzheimer’s and Other Dementias.” A former Golden Heart Finalist, Kelle resides in Chattanooga, TN. She has been a director for the Chattanooga Writer’s Guild, as well as a self defense instructor, a Master Gardener and a full time chemist with numerous professional publications and U. S. patents.

Dave Schroeder has been writing novels since 2014 when he retired from working as a corporate Chief Information Officer. His first novel, Xenotech Rising, was published in May 2015. He’s now written four novels and a novelette in his Xenotech Support science fiction humor series and five novels in his Congruent Mage epic fantasy series. 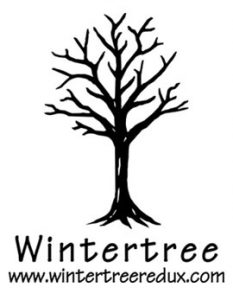 Wintertree Software started selling TableMaster, a universal table handler for roleplaying games. We now have dozens of fonts of esoteric, historical, cipher, and just plain weird alphabets, the “1001 Things” line of pregenerated items, descriptions, etc., for games, the CRYPTER cipher assistant program, and various other odds and ends, most of which light up.